Before the National Day holiday (Oct 1-7) in China, the spot rate for container carriers on trans-Pacific routes from Asia to North America decreased by 16%, which was the first big reduction in recent weeks, which reflected the effort of liner companies made in terms of increasing shipping capacity, while some people thought it was the start of peak season.

Some market insiders thought decreasing spot freight rate may be related with dwindling exports amid the energy consumption regulation in China and the spread of pandemic in Vietnam.

In response to the requirement of the NDRC, China's top economic planning body, in order to finish the energy

consumption reduction target, many provinces like Jiangsu, Zhejiang and Guangdong released policies. The limit of production and electricity consumption is one of the major regulation measures. Shipping companies expected production of goods to fall impacted by the regulation and do not confirm when it will end, which may end up with obviously decreasing export sales in short run. Therefore, many slashed price to scramble goods to guarantee 100% loading rate of recent delivery.

However, the long-term contractual freight rate kept moving up. The freight rate of Asia-W/C America route was still 10 times higher than the pre-pandemic level. 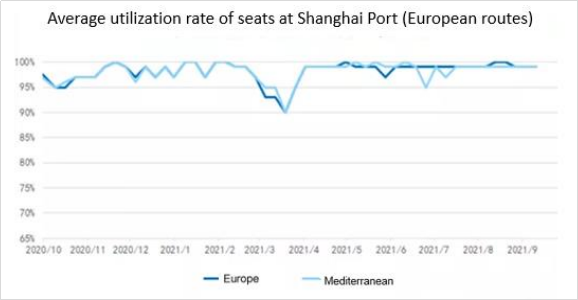 With large-scaled spread of the Delta Variant, the daily new infections remained above 120,000 in US. Demand for various materials like pandemic prevention ones sustained high. The stagnated of containers and the congestion at ports caused by the pandemic kept serious. Extended delivery of container marine has become a normal status. The average utilization rate of seats in W/C America Service and E/C America Service was still near 100% at Shanghai port. The sea freight held stable. 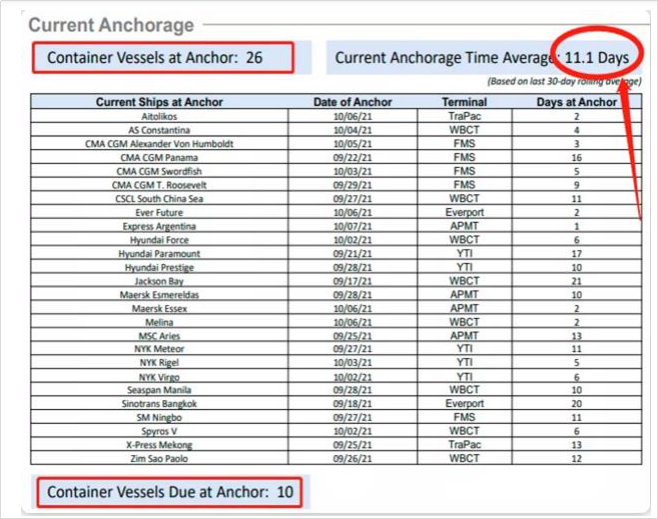 The shortage of workers was the biggest reason for the congestion of ports in America's West Coast. The Biden government provided workers with epidemic subsidies equivalent to twice the minimum wage. Thus, many workers were unwilling to work. The congestion will not be cleared at least before mid-2022 in the West Coast of America based on some players. 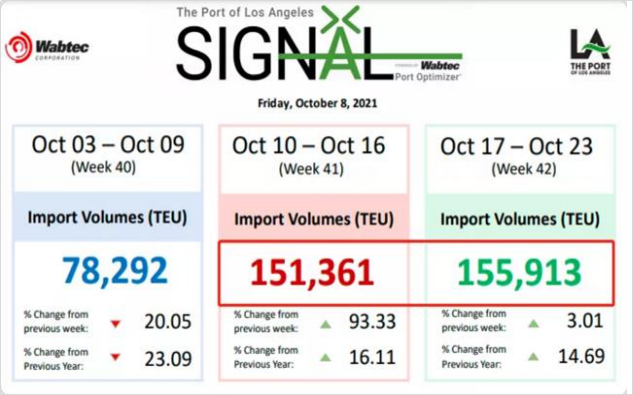 The Christmas shopping season of America will be under the threat of short products or mounting cost this year. It was reported that 1.1 million TEUs of goods of Walmart has reached US while cannot be loaded. The goods shelf of Walmart has been empty while the stores were helpless. It was not simply the problem of Walmart, almost all retailers involved sea transportation confronted such plight, which may not be solved in short run. According to the latest agreement, the Biden government announced that the port of Los Angeles will start 24-hour/7-day operation from today so that Americans can obtain needed goods. Long Beach may implement similar plan too. It was learned that some carriers like Walmart, UPS, Home Depot and Target have agreed to accelerate operation and clear customs out of the port as one part of today's agreement.

After demand for containers slowed down in the world, the sea freight is likely to return to normal in the second half of 2022. As for when congested supply chain in the world will be solved, normal status may not emerge at least before the end of 2022 expressed by the Sea-Intelligence.

In summary, although the spot rate of some container marine routes declined, the long-term contractual freight rate still extended higher. High sea freight and congested ports are unlikely to change in short run.